Mr. Vineet Raj Kapoor, who designed his first game in the early 80s, gave a talk you’d not expect in a traditional UI/UX discourse. He’s one of those who believe that UX has been there for a very long time, even when there were no websites and mobile applications. He believes that empathy is one of the major aspects of UX, something absolutely necessary to make good design. However, empathy, though necessary, is very difficult to invoke.

Mr Vineet Raj Kapoor also shared that designing experiences right away is a rather bad idea. It takes time to understand contexts that surround the design of the experience. Unless you have become experienced, you cannot make good design.

He began illustrating his talk with examples from the very map of the City Beautiful, a typical example of user experience design. He shared how “leading the eye” becomes as much a tenet in user experience as it does in a map of a city. T-points are important; that’s where you aim to focus the user’s eye.

Mr. Kapoor shared examples of David Ogilvey, who credited all of his learning in advertising to his first job as a chef, Steve Jobs’ making of the iPhone, and Walt Disney’s creation of the Disneyland. His talk was replete with logical explanations of how user experience pervades almost everything we see around us.

Thus, his suggestion that the persona itself is not design, it is the behavior that makes the design; elements on an interface is not design; what the user can do with it, is design 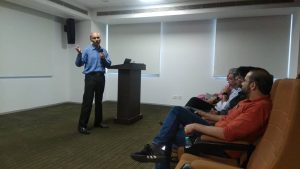 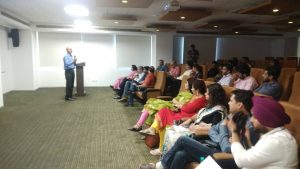 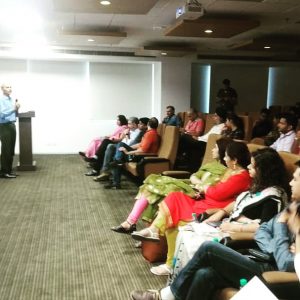